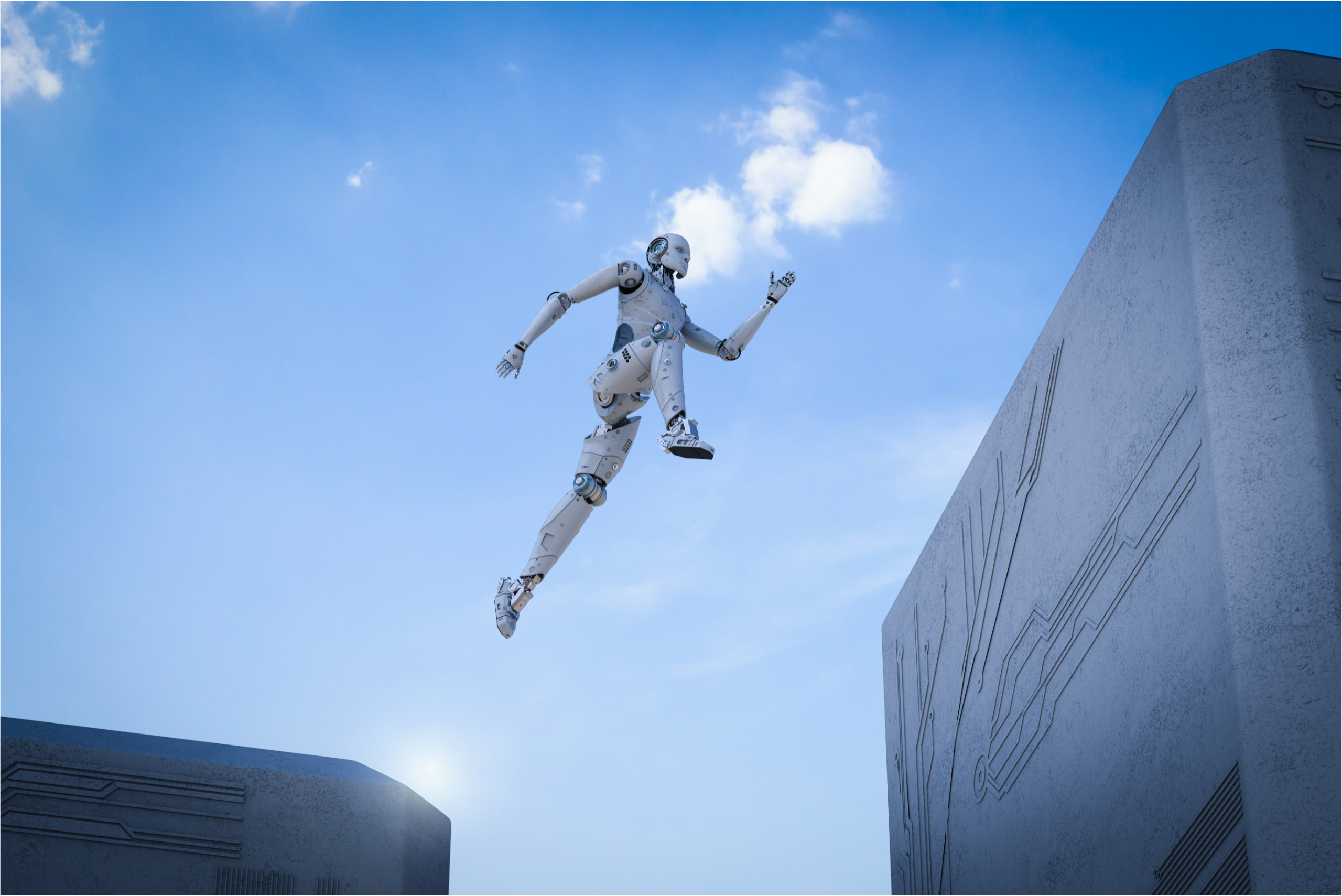 As the world becomes increasingly digitized, commercial industries are beginning to adopt cutting-edge technologies that were once solely the domain of the military. Let’s take a look at some of the latest leap-ahead defense technologies that are currently in development. These “leap ahead technologies” include:

While each of these fields represents a major advance in its own right, together they have the potential to revolutionize defense design and deployment. As commercial companies race to develop these technologies, the military must closely monitor their progress to ensure that it remains at the forefront of defense development.

One of the most significant defense technologies currently under development is autonomous weapon systems. Autonomous weapons are designed to operate without human intervention, allowing them to be used in a variety of situations that would otherwise require traditional defense platforms.

Below, we will look at some noteworthy technologies in detail.

Defense has always been a complex and interesting field, with new technologies constantly changing the landscape.

One of the most noteworthy recent developments has been the use of artificial intelligence in defense. Artificial intelligence offers several advantages over traditional methods, such as the ability to rapidly test and iterate on designs, as well as to identify previously unseen patterns.

As a result, AI is already playing an important role in defense and is likely to become even more important in the future. With its vast potential, AI promises to revolutionize defense, and could ultimately lead to more effective and efficient weapons.

In recent years, there have been significant advances in the defense industry, thanks to the increasingly powerful tools of machine learning. Machine learning algorithms can automatically:

This has allowed designers to create more sophisticated and effective systems. For example, machine learning can create better-targeting systems that can more accurately identify targets and reduce collateral damage.

It can also design smarter munitions that are better able to destroy targets while minimizing civilian casualties. In the future, machine learning will continue to play an important role in defense designs, making weapons more effective and precise while reducing the risk of civilian casualties.

Another promising area of defense is the increasing use of autonomy. Autonomous weapons are those that can select and engage targets without human intervention. This is a significant leap forward, as it removes the need for human soldiers to be placed in harm’s way.

Instead, autonomous weapons can be used to carry out missions in dangerous or hostile environments. In addition, autonomous weapons have the potential to be more precise than their human-operated counterparts, as they are not subject to the same limitations, such as fatigue and emotions.

The use of autonomous weapons is likely to increase in the future, as they offer several advantages over traditional weapon systems.

The defense industry process has been revolutionized by the introduction of innovative technologies, and biotechnology is one of the most promising tools in this field.

By harnessing the power of living cells, scientists are now able to create weaponized viruses and bacteria that can target specific DNA sequences. This allows for the development of highly sophisticated and precise weapons that can disable or destroy enemy infrastructure without causing collateral damage.

Additionally, biotechnology can create “smart” weapons that can distinguish between targets and avoid civilians. As defense designers continue to explore the potential of biotechnology, we will likely see a further shift away from traditional warfare towards more targeted and surgical approaches.

In the past, the development of stronger and sharper materials led to better swords and knives. The invention of firearms resulted in a major shift in military designs, and the industrial revolution saw the rise of mass-produced weapons.

Today, the defense industry is being shaped by the development of cyber technology. This new form of technology is allowing designers to create smarter, more precise weapons that can be controlled remotely.

In the future, cyber technology is likely to have a major impact on the way wars are fought, as well as the way we protect ourselves from potential threats. With the defense sector beginning to embrace this new technology, it is clear that cyber-enabled weapon systems are here to stay.

The design process has undergone a revolution in recent years, thanks to advances in computer-aided design and manufacturing technologies.

One of the most promising areas of research is directed energy weapons. These weapons use a focused beam of energy to inflict damage, and they offer several potential advantages over traditional firearms.

Directed energy weapons are incredibly precise, making them ideal for military applications where collateral damage must be minimized. They can also be fired at the speed of light, meaning that they are effectively impossible to defend against. In addition, directed energy weapons are relatively inexpensive to produce, making them a cost-effective option for militaries around the world.

While directed energy weapons are still in the early stages of development, it is clear that they have the potential to radically change the landscape of defense design.

A networked command is a technology that allows military commanders to control weapon systems from a central location. The same principles apply to this technology as the computer networks in civilian life.

However, networked command systems allow commanders to monitor and control weapon systems remotely. This means that military personnel can use them in a variety of situations, including during combat operations.

While networked command systems are still in the early stages of development, they have the potential to revolutionize defense. In the future, these systems could create weapon systems that are more responsive and effective.

In addition, they could also reduce the number of casualties caused by friendly fire. As networked command systems continue to evolve, they will likely have a profound impact on the way that wars are fought.

One area that has seen particular progress is communication. In the past, weapon designers have relied on bulky and easily damaged physical wiring to connect different parts of a weapon system.

However, modern weapon systems use cutting-edge wireless technologies that are much more reliable and robust. This has not only made weapon design more efficient, but it has also allowed for the creation of smaller and more agile weapon systems.

In addition, this new generation of weapon systems is easier to operate and maintain, making them a valuable asset for any military force.

There has been a significant amount of research devoted to the development of hypersonic weapon technologies. Hypersonic weapons are those that are capable of traveling at speeds more than Mach 5, and they offer several potential advantages over traditional weapon systems.

All of these factors make hypersonic weapon technologies very attractive to militaries around the world, and we will likely see increasing levels of investment in this area in the years to come.

Indeed, it is even possible that hypersonic weapon technologies could one day revolutionize modern warfare as we know it. However, there are also several challenges associated with the development of these technologies, and it remains to be seen whether they will be able to live up to their potential.

The application of microelectronics in weapon design has revolutionized the ability of militaries to develop smaller, more sophisticated weapon systems.

Microelectronics are miniature electronic components that can be used to create extremely compact and lightweight electronics. This technology has enabled weapon designers to create smaller, more precise weapon systems that are easier to operate and require less maintenance.

In addition, microelectronics have allowed weapon designers to incorporate new features into weapon systems, such as GPS tracking and laser-guided targeting. As a result, the use of microelectronics in weapon design has significantly enhanced the capabilities of militaries around the world.

Quantum technologies hold great promise for improving the performance of a wide range of weapons systems. Quantum sensors can provide unprecedented levels of accuracy, while quantum processors can enable real-time analysis of vast amounts of data.

Microelectronics is a critical technology for enabling these advances, as it provides the means to miniaturize and integrate these complex quantum systems into weapon platforms.

The recent advances in microelectronics have thus been a major driver of the development of quantum technologies for weapon systems.

Concerns with Leap Ahead Technologies

The Future of Commercial Leap Ahead Technologies

In addition, the defense sector will be able to incorporate new features such as enhanced sensors and communications systems, making weapon systems even more capable.

By leveraging the power of NSTXL, both government and technology companies can take their development capabilities to the next level. 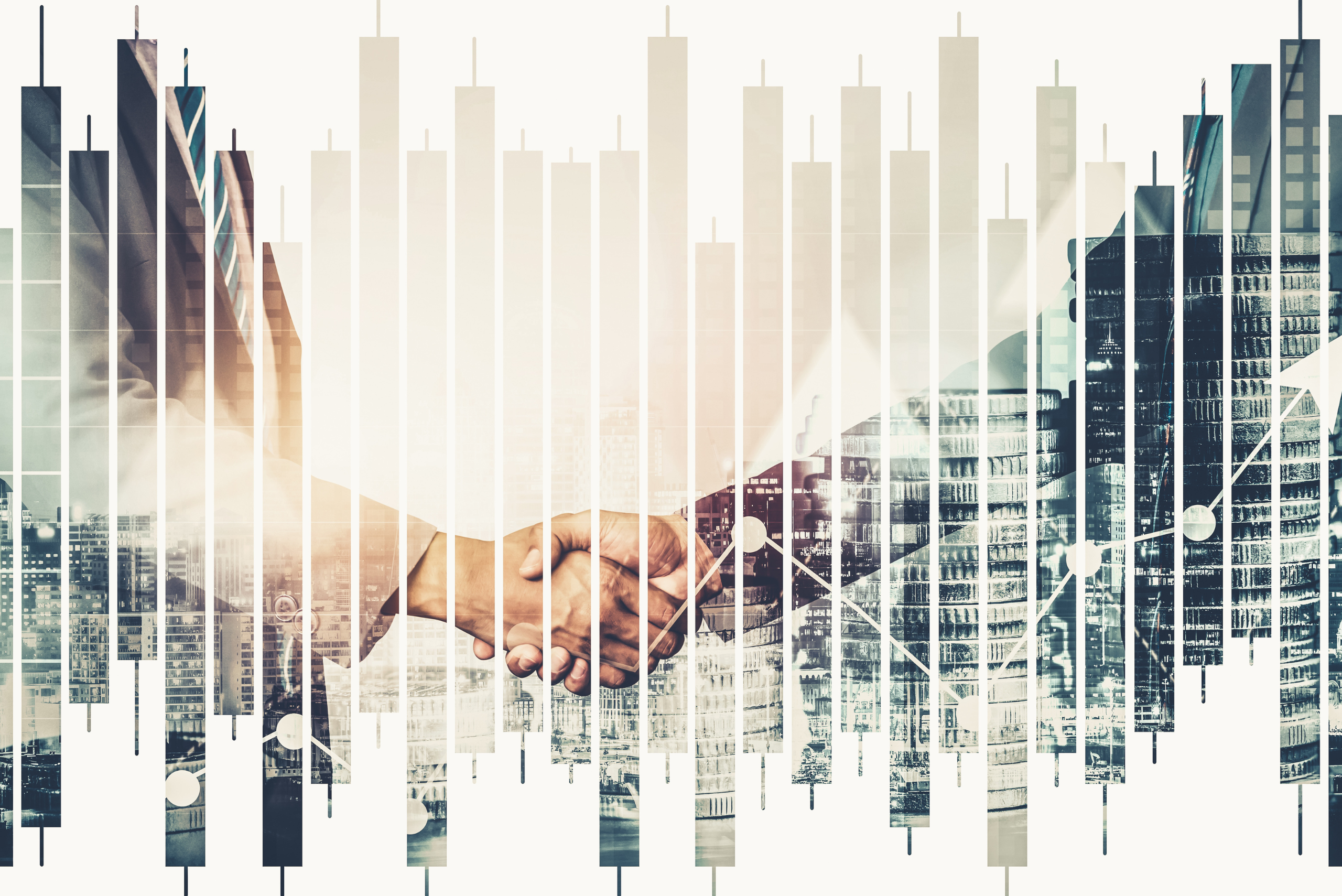