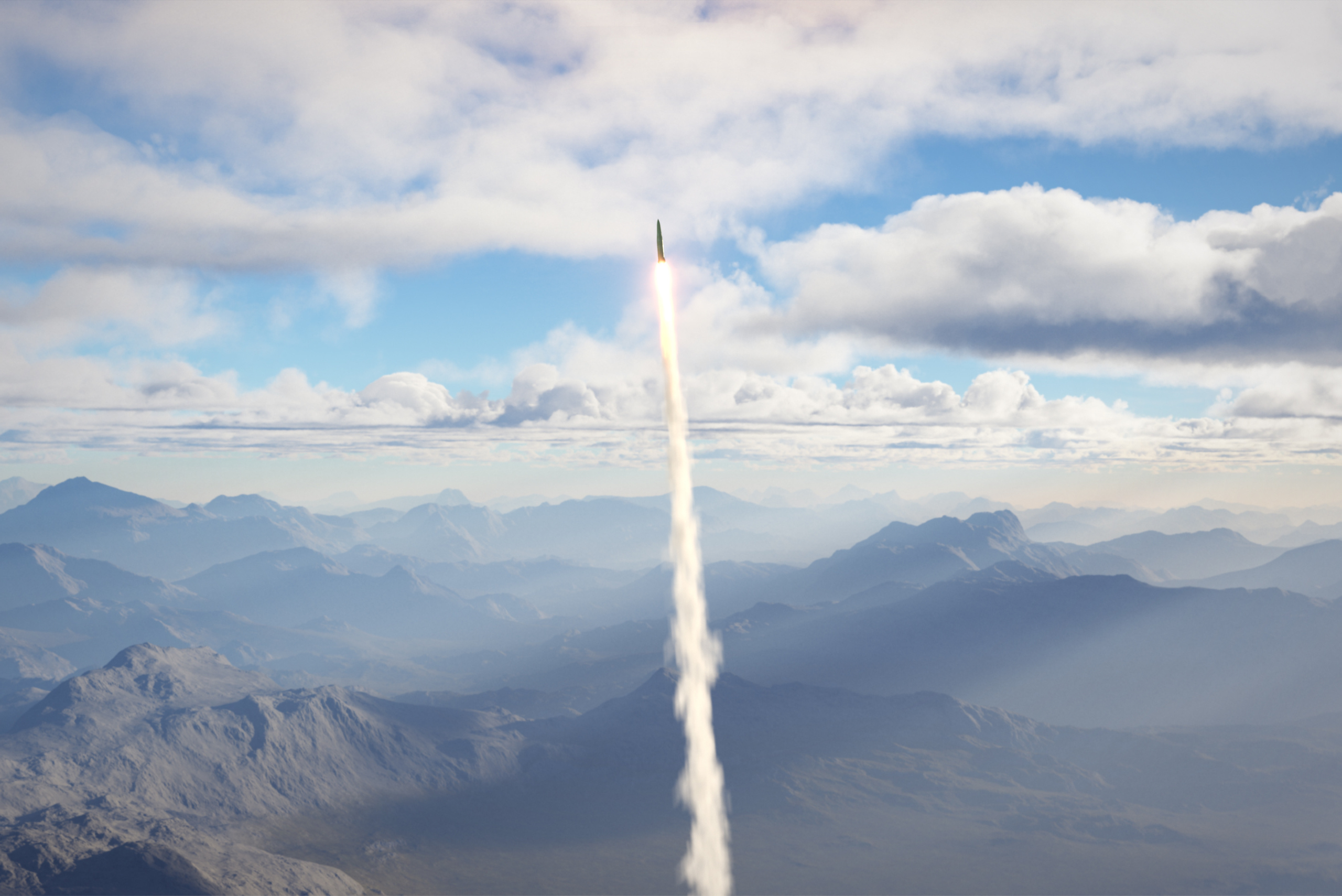 As of 2020, experts valued the hypersonic technology market worldwide at $4.98 billion. Projections say that this market could reach $12.18 billion by 2030.

Why is there such tremendous growth and opportunities for hypersonics? It is a foundation for maintaining national security. There’s a lot to say about hypersonic technology today and its potential for the future. There is an enormous benefit to making advancements in hypersonic technology, but it also comes with a few major challenges.

If this sounds incredibly fast to you, know that this speed is really nothing new. In fact, people have been using hypersonic systems for decades.

Take John Glenn, for instance, when he came back to Earth in the year 1962. John was on the first American crewed flight to travel around Earth. Their capsule came to the atmosphere at hypersonic speed.

Why Is It Called Hypersonic?

Aerodynamicists have given a special parameter because of how important the speed ratio is. This is called a Mach number. Labeling a Mach number is to honor Ernst Mach, a physicist from the 19th century who studied gas dynamics.

The biggest characteristic of hypersonic aerodynamics is that the temperature is so great from the flow that one must consider the diatomic molecules’ chemistry in the air. The molecular bonds vibrate at low hypersonic speeds. This alters how much force will generate on the aircraft by the air.

At high hypersonic speeds, plasma that is electrically charged generates around the aircraft from the molecules which break apart. Because of expansions and shock waves, there are big variations in pressure and air density.

The Space Shuttle and the X-15 were the only hypersonic regime with manned aircraft to fly low during re-entry, with the X-15 as the very first one in 1967.

William “Pete” Knight was at the stick of the North American X-15, which reached a speed of Mach 6.7. He made history at approximately 5,140 miles per hour. The altitude was about 102,000 feet.

This amazing flight was by design, certainly not by accident. It took nine years and twelve pilots, and about 199 flights. In fact, 13 of the 199 flights met the criteria that the Air Force has for spaceflight. This allowed eight pilots to earn their astronaut wings. Three X-15s were built during this time. While they may all be hypersonic aircraft, not all were operational platforms.

The X-15 was using conventional aerodynamic control during atmospheric flight. Once it left the atmosphere, though, it would transition and use hydrogen peroxide thrust rockets. This was on the wings and not on the aircraft so that it could orient its nose.

What Are Hypersonic Weapons?

These are weapons that are usually low-flying, fast, and highly maneuverable. They are too agile to be detected by a traditional missile defense system.

Hypersonic weapons are projectiles and missiles that travel faster than the speed of sound by five and 25 times. This equals approximately one to five miles per second, or about 1.6 and eight kilometers per second.

Weapons that travel at a slower speed are called supersonic and subsonic. Directed-energy weapons could travel at a higher speed than hypersonic weapons, although this would be like lasers and are a different class of weaponry.

According to the Congressional Research Service, hypersonic weapons do not follow an arched trajectory that is predetermined, as ballistic missiles do. Instead, they can maneuver as they make their way to their destination.

Before gliding to their target, they launch from a rocket. This is because there are some challenges with missiles achieving hypersonic propulsion. These missiles have engines that are referred to as scramjets.

Scramjets use oxygen from the air, and during their flight, produce thrust. This gives these hypersonic weapons the ability to cruise at a steady altitude and speed.

Who Has Hypersonic Weapons?

The most advanced capabilities are with the United States, Russia, and China. There are several more countries investigating hypersonic technology. This includes the countries of Australia, France, Germany, India, Japan, and North Korea.

The world’s nuclear arsenals from the intercontinental ballistic missiles are hypersonic weapons. They reach 15,000 mph or 24,140 kph. At their maximum speed, this equals about four miles per second.

Why is this so critical to the nation’s security, here in the U.S.? Beyond their rapid reaction, hypersonic weapon systems operate with an accurate response. It is fast and precise.

To execute such a task, there are two methods. One is to create enough missiles and launch platforms to overwhelm the air defense system. Platforms include aircraft, submarines, ships, and ground-based launchers.

The second method is to create munitions that could evade air defense systems. In this approach, hypersonic weapons can provide aid.

Boost-glide vehicles and hypersonic cruise missiles alike travel faster by six to ten times. They can also maneuver much more effectively at these high speeds than their counterparts, which are not hypersonic.

It helps to threaten enemies with area air defense or theater-directed point systems, such as the ones which defend U.S. carrier strikes groups or U.S. bases currently, like the ones in Japan, Guam, or Okinawa.

While this is troublesome to the nation’s security for Americans, remember that the same way hypersonic weapons can help our enemies, they can also benefit the United States.

The reason is that the U.S. must be able to penetrate an adversary’s access denial networks in the interest of national security.

Critical in such a mission is:

However, hypersonic technology and weapons are equally necessary. Using hypersonic weapons depends on the adversary’s air defenses’ scale and level of sophistication.

When hypersonic weapons can launch at the range, this will allow the United States flexibility with the big-deck supercarrier’s combat air wing. This means that the United States carrier group could locate themselves beyond the range of only a handful of adversary missiles. Thus, conducting standoff strikes.

What This Means for Creating a Hypersonic Defense

This means a multi-layered approach from the best engineers, developers, theoreticians, and manufacturers. Hypersonic technology opens the door for immense opportunities by stepping up the game for the United States’ national security. This includes tracking, interception, and flight detection.

There are some challenges with physics that engineers must overcome with hypersonic weapons. Here are some issues they are overcoming with innovation and creativity.

Friction and air resistance produce a massive amount of heat at the speed of a hypersonic weapon. The solution is to manage it using lightweight but tough heat shields. Plus, it needs thermal protection systems.

Engineers and scientists need to create advanced materials which can withstand such extreme heat environments.

Anything greater than Mach 5 is hypersonic speed or five times the speed of sound. For anything at hypersonic speed, the surface and the boundary layer of a moving vehicle have a temperature of 1,800°F (1,000°C) plus.

If you have a vehicle or weapon traveling at a mile per second, it must operate with extreme precision. Hypersonic weapons need the ability to overcome a wide range of defenses.

During a hypersonic flight, basic operations such as communication can prove challenging. Engineers must design solutions to connect the operators and decision-makers while in use, including through sensor systems.

A Need for Developing a Hypersonics Workforce

The United States is looking to strengthen its hypersonic capabilities. There is a goal to develop hypersonic vehicles which can reach as much as Mach 10 speeds. This is not a new goal, but one the nation has had an eye on for 50 years.

Why Talk About Hypersonic Now?

Recently, lawmakers were seeking information regarding our US missile defense. This is in response to the ability to defeat hypersonic missile threats from countries like Russia and China.

A House Armed Service Committee panel recently made note that the United States military has “limited capacity” regarding defending our nation’s security from hypersonic technology and weapons through our sea-based component. This refers to the Aegis Ballistic Missile Defense System, which is stationed on Ticonderoga-class cruisers and the Navy’s Arleigh Burke-class destroyers.

According to Reuters, the United States is being proactive and taking action. They then tested two Lockheed Martin Corp hypersonic missiles, which were tested successfully. This comes amid growing concerns about China and Russia’s success in their development of hypersonic weapons.

Hypersonics: Paving the Future of Travel and Security

Will you be traveling soon at Mach 5 speed? As brilliant engineers continue to innovate and invent, anything is possible.

So you hear so much talk of hypersonics. It ties directly to our military defenses and makes long-distance travel easier. The possibilities for the future with hypersonics are limitless.

This is why with NSTXL, we bring the most advanced ideas to life and we do it in half the time. Contact us today to learn more.