A Guide to Laser Technology 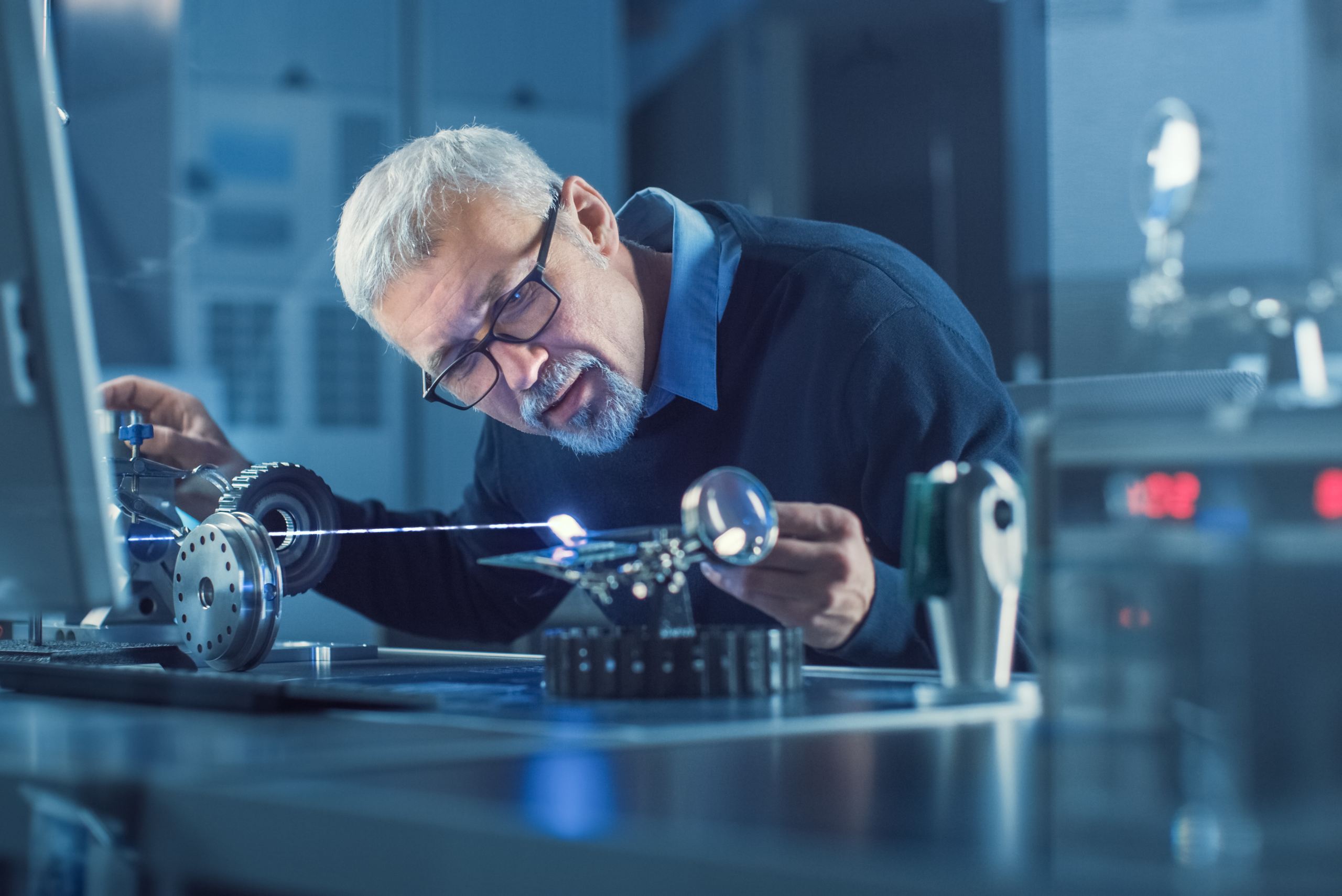 Laser technology has been used in various military applications for many years. The military uses laser tech for:

In recent years, there has also been an increase in the use of lasers for defensive purposes, such as to protect weapons systems and platforms from incoming missiles.

Lasers offer several advantages over traditional munitions. They are significantly more precise than kinetic weapons, which is critical when engaging targets located near friendly forces or civilians.

We can disengage lasers immediately if necessary, which is impossible with traditional explosives.

Laser technology also has some limitations. Lasers are vulnerable to atmospheric conditions such as fog and clouds, limiting their effectiveness.

Additionally, they require a reliable power source, which may not be available in some operational environments. Despite these limitations, laser technology will likely continue to play an important role in military applications in the years to come.

Ongoing Laser Tech Projects in the Military and Defense

Laser technology is employable in a wide range of military and defense applications for many years, and several ongoing projects are seeking to further develop this technology for use in these fields.

One such project is the High Energy Laser Joint Technology Office, which is developing high-power lasers that are mountable on aircraft or ground vehicles.

These lasers would be useful when targeting and destroying enemy missiles and other airborne threats.

Another project is the Directed Energy Weapons Systems program, which is researching the use of lasers for close-in defense against small unmanned aerial vehicles.

This program is also investigating the potential for using lasers to non-destructively disable the electronics of enemy vehicles and systems. These are just a few examples of the many ongoing projects seeking to develop and improve laser technology for use in military and defense applications.

Few people are aware of the existence of the High Energy Laser Joint Technology Office (HEL JTO), let alone what it does. This little-known federal office is responsible for developing and demonstrating high-energy laser (HEL) systems for various military applications.

HEL JTO is part of the U.S. Department of Defense’s Missile Defense Agency, and its mission is to “defeat threats to U.S. forces and interests around the world.” In other words, HEL JTO is responsible for developing lasers that can:

Established in 2000, HELJTO made significant progress in developing HEL technology. Most notably, in 2014, HEL JTO demonstrated a prototype laser system that could shoot down multiple drones in flight.

This was a significant breakthrough, showing that the military could use lasers to effectively target and destroy fast-moving objects. Building on this success, HEL JTO is now working on developing even more powerful laser systems useful in various military situations.

So far, HEL JTO’s work has been largely overshadowed by other weapon development programs. However, as the potential applications of HEL technology continue to grow, this will likely change.

In the future, we may see high-energy lasers used on the battlefield in various ways, from shooting down enemy missiles to providing protective cover for troops. It is clear that HEL JTO is doing important work in developing this cutting-edge technology, and we can expect great things from them in the years to come.

A Closer Look at the Directed Energy Weapons Systems Program

The United States Department of Defense has been researching and developing directed energy weapons for many years. The Directed Energy Weapons Systems program is just one part of this greater effort.

The program aims to create weapons that can fire high-energy beams of light or sound at targets, causing damage without causing collateral damage. These weapons are applicable in a variety of situations, including:

The Directed Energy Weapons Systems program is researching several different technologies to create these weapons. One promising area of research is lasers.

They can tune lasers to produce very high-energy beams of light, making them potentially very effective as directed energy weapons. However, lasers also have some significant drawbacks. They can be easily interrupted by atmospheric conditions and require a large amount of power to operate. The program is currently ongoing, and they are hopeful that, eventually, a directed energy weapon will be developed that is both effective and practical.

For years, the U.S. Army has been harnessing the power of laser technology for various defense applications. From high-powered lasers that can shoot down missiles to smaller hand-held devices that can dazzle or temporarily blind an enemy, the Army is constantly exploring new ways to use this cutting-edge technology.

In recent years, the Army has made significant progress in developing directed energy weapons that can mount on:

The Army is also working on developing portable laser weapons that soldiers can carry into battle. While there are still many challenges associated with using lasers as a military weapon, the Army is confident that this technology will play a critical role in defending the United States in the future.

The DE M-SHORAD weapon system is a short-range air defense system designed to protect against drones, helicopters, and fixed-wing aircraft.

The system consists of a:

The launcher can fire up to four missiles at a time, and the radar can track up to 100 targets at once. The missiles are capable of destroying targets up to 5 miles away.

The DE M-SHORAD weapon system is mobile, meaning it can be easily moved to different locations as needed. The military can also integrate it into other systems, such as the Army’s Integrated Air and Missile Defense system.

The DE M-SHORAD weapon system is currently in use by the U.S. Army and US Marine Corps.

The U.S. Army’s DE M-SHORAD weapon system is a versatile tool that provides a wide range of benefits for soldiers in the field. The system can engage and destroy incoming threats, such as:

In addition, the DE M-SHORAD can also provide close air support for ground troops. The weapon system is equipped with a variety of sensors and weapons, including:

The DE M-SHORAD is also mobility-enhanced, allowing it to be quickly deployed in various situations. As a result, the DE M-SHORAD provides soldiers with a powerful tool to help them accomplish their mission.

In 2018, the U.S. Army selected two Orbital ATK proposals for the production and delivery of the new DE M-SHORAD weapon system.

The contract called for the development of 12 prototypes delivered within 18 months.

The successful delivery of these prototypes paved the way for full-scale production and deployment of the DE M-SHORAD weapon system.

When operational, the system will provide a mobile, short-range air defense capability against fixed- and rotary-wing aircraft, unmanned aerial vehicles, and cruise missiles.

It will also be able to engage ground targets with direct-fire munitions.

The military has long been at the forefront of technological innovation, and lasers have played an important role in this process.

In the early days of laser development, the military was one of the first adopters of this new technology. Lasers were first used in military applications such as target designation and guidance, and they quickly proved their worth on the battlefield.

In recent years, the military has continued to be a significant driver of laser innovation.

Today, lasers are used for a wide range of applications, including:

The military is constantly searching for new ways to utilize lasers, and there is no doubt that this technology will continue to play a vital role in the future of warfare.

The military and defense industries face several common challenges, from communication to precision. Fortunately, laser technology can help to solve many of these problems.

Lasers are already being used for communication, transmitting signals over long distances with little interference. In addition, lasers can be used for targeting, providing a more precise way to identify targets and reduce collateral damage.

Finally, laser technology can also be used for protection, creating barriers that can deflect enemy fire.

As laser technology continues to develop, even more applications will likely be found in the military and defense industries. In addition to solving existing problems, lasers may also help to create new opportunities for the future.

How NSTXL Can Help

With years of experience supporting the Department of Defense (DOD) and commercial clients with innovative products and services, NSTXL is uniquely positioned to help your company succeed in the military and defense marketplace. With previous opportunities like ground-based Laser Weapon System (LWS), NSTXL offers a wide range of services designed to help small businesses win contracts and grow their businesses. Through our access to DOD decision-makers, prime contractors, and other key stakeholders, we can help you develop the relationships you need to succeed in this marketplace.